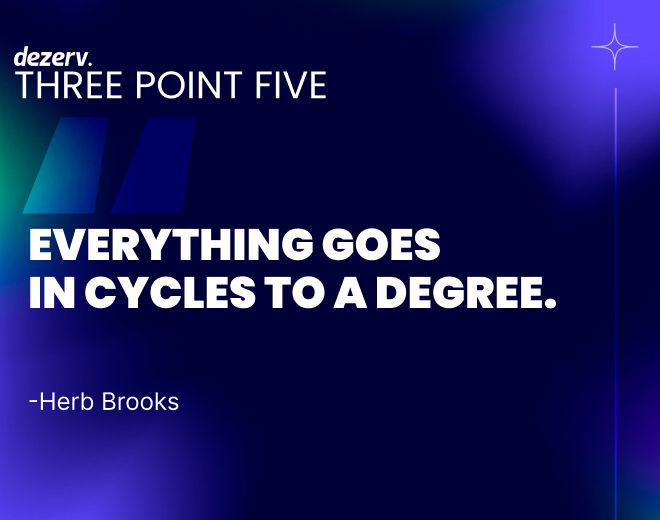 Lately, we have been hearing a lot of buzz around ‘stagflation’. Some believe we are approaching it, others think we are already living it.

Let’s try and understand a few important aspects of stagflation with the stories below.

The co-existence of ‘stagnant economy’ and ‘inflation’ leads to stagflation. And, it has been very rare in history. Why? Because generally, growth(and not a stagnant economy) leads to inflation

Always? No, we didn’t say that.

To fuel growth, central banks like RBI increase the money supply. It could be through printing more money or lending at lower interest rates. Now, consumers have enough money in their hands to spend. Consequently, businesses see better sales, more profits, and more jobs.

It becomes a circle of more jobs, higher salaries, and rising prices. The Central banks need to be vigilant and monitor the money supply to ensure that prices don’t go through the roof.

Say, your oil prices have risen, making other raw materials costly. Yes, this leads to inflation too. To manage inflation, Central banks reduce the money supply by increasing interest rates. Now, borrowing is costlier and that impacts the demand in a negative way.

Next, businesses take cues, slow down their manufacturing and cut jobs. So, there is inflation, job losses, and economic degrowth. Hello, stagflation!

It was only in the 1970s that stagflation was observed for the first time. Oil was the reason then and we have a similar oil price-induced inflation (not saying ‘stagflation’ yet!) today.

Many countries like China are already reducing their dependency on oil by getting into alternative energy sources. Currently, electric vehicles form more than 20% of China’s automobile sales. Well lessons for others to speed up and stay away from stagflation.

Let’s look at the US during the 1970s. The Vietnam war was going on and the US had already spent a lot on it. To make things worse, the energy crisis hit when OPEC decided to cut the supply of crude oil to the US due to geopolitical tensions.

The World Bank in its June'22 report mentioned some similarities between the 1970s and the current times: supply-side disturbances and prospects for weakening growth. It also lowered the world growth forecast to 2.9% from 4.1% anticipated earlier.

At present, the supply disruption caused by the pandemic and oil price shock due to the Ukraine-Russia conflict is leading to high inflation led primarily by high input prices.

Also, currently, people are better placed to absorb the high prices. Thanks to higher savings due to work from home, lockdowns, and the strong performance of equity markets over the past 2 years.

Well, no economic cycles are similar; each has different attributes. With the changing consumption patterns and technological developments, one can not draw exact parallels between what happened 50 years back and now.

But definitely, policymakers should take lessons from the past to see if wise decisions could be adopted with tweaks to suit the current context. And also, to ensure bad mistakes are not repeated to make matters worse.

When there’s the possibility of stagflation approaching, investors need to look for strategies that can weather both inflation and slow economic growth.

Emerging countries like India that have huge local demand might have a higher growth potential during such times than developed countries like the USA. Similarly, from a portfolio perspective, equities, debt, and commodities might behave differently.

For equities, you need to monitor how companies are dealing with high input prices. To what extent are they able to pass on these prices to the consumers without risking to lose them? Say, essential consumer products would see a lesser impact than discretionary items.

Debt investments like FDs and bonds that give you fixed income, you need to be watchful if the fixed income is able to beat the rising inflation. For instance, inflation at 7% and FD at 6% are not helping you, right?

Think of the assets whose demand and/or prices will increase during stagflation. So, commodities like oil are required by businesses and see higher prices during such times. Next is real estate because here the prices might increase due to reasons like the rising population’s demand for residence.

Replicating what exactly worked in the 1970s might not be the solution but diversification with the right strategies might work well. Also, before making an investment, analyze the near-term economic conditions, and what are policymakers up to.

When selecting investments, over-reliance on past returns might not be very prudent. Now the market conditions are different and strategies that worked well in the past 5 years might not now. Also, after making the investment, keep an eye on your portfolios closely in such uncertain scenarios.

Get a high performing portfolio created just for you.
You are building India’s future,
we are building yours.
©2021-2022 dezerv. All Rights Reserved
Dezerv Investments Private Limited is a Portfolio Manager with SEBI Registration no. INP000007377, a member of BSE with SEBI Stock Broker Registration no. INZ000303136, and an Investment Manager to Category - I AIF-VCF-Angel Fund with SEBI Registration no. IN/AIF1/22-23/1066.
Mutual Fund distribution services are offered through Dezerv Distribution Services Pvt Limited, a wholly owned subsidiary with AMFI Registration No.: ARN -248439. Mutual fund investments are subject to market risks, read all scheme related documents carefully.
Terms and conditions of the website are applicable. Privacy policy of the website is applicable