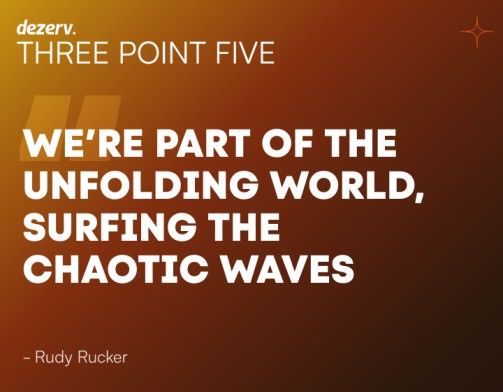 A trend is the beginning of a new direction, taking a turn or a twist to something that already exists.

This week, we look at some recent breakthroughs that might change our perspective for things in the food, medicines and banking arena.

Alternative protein companies, which include plant-based, lab-grown and microorganism-based food start-ups, are racing to come up with a product that mimics conventional meat in taste while also competing on price.

Recently, public health and climate change have been the main reasons behind the pick up in the endeavors to manufacture cultured meat.

‍15% of global greenhouse gas emissions come from animal farming. And to keep global warming in check, the Paris climate accord says the world needs to cut its meat consumption by at least 40%.

On the contrary, the meat demand has more than quadrupled since the past 50 years and is expected to reach 455 million tons by 2050.

Benefits of switching to alternative proteins

- Plant-based proteins will contain more nutrients and less saturated fat which can help decrease the risk of diabetes, cardiovascular diseases, and Cancer

- Production of 1 gram of meat protein requires up to 26 times more resources than soy protein. A lot of resources and human efforts can be saved by using alternatives

‍Companies are striving hard towards achieving price parity with traditional meat. But a big area of concern could be the user's perception of alternative proteins. Implementing the dietary change in the culinary habits of the people might be a tough art to master.

This would become crucial to decide upon the time and extent of alternative proteins creating a real influence on our eating habits and also the environment subsequently.

Way back in the 1960s when the first mRNA was discovered no one ever imagined that it would come forefront as a new modality in 2020 only; that too to deal with a dreadful situation like Covid.

mRNA-based therapeutics, unlike the traditional ones, work on the principle of directing cells to make proteins in order to prevent or fight a disease.

‍The companies and investors are betting big on the technology. More than USD 4 billion in mRNA investments have been announced by the traditional vaccine players over the last 6 months alone.

The market cap of Moderna, an mRNA pioneer that didn’t even have an approved product before COVID, has risen to USD 88 billion. This is more than half of the market capitalization of the entire Indian pharma industry(~USD 160 billion).

- mRNA technology is highly adaptable to work against different pathogens. Clinical trials are already testing it against deadly diseases like HIV & Cancer

‍mRNA is a good example to prove that technologies that lead to breakthroughs bring an economic return that is far greater than investments. And during the pandemic, it was far beyond just economic returns!

While mRNA does have some limitations with regards to lack of information on its long-term effect on patients and tackling rapid mutations (mostly in cancer therapy), the huge quantum of investments should help us solve this too.

The emergence of the open banking system has allowed the access of consumer’s banking and financial information through third-party applications. This paradigm shift has empowered users with more control over their data, making banking more convenient and inclusive than ever.

In India, RBI has appointed Account Aggregators, who collect the data from the customers after their consent and share it with the third party players like fintech firms.

Personalized offering is the ask!

‍As per a publication, 60% of Americans choose sharing information with third parties over privacy. With more people using wallets, cards and UPIs, India is also in a similar situation. It definitely shows how important personalized offerings are to them.

The current market size of the open banking system in India is around 3-4 million customers and it is expected to grow by 46% by 2026.

‍- Big tech players like Google and Amazon, are at the starting points of their banking journeys in India and are already innovating around offerings like fixed deposits, cards & BNPL

- Startups in edtech, agritech, ecommerce, mobility are focusing on embedded finance in an aggressive way by working closely with Banks and NBFCs to scale the business

And India’s low financial literacy might make things worse. Hence the regulator needs to educate the consumers about data privacy so that they make prudent choices on which information is to be shared and with whom.

Our Income Tax laws provide individual taxpayers with deduction under Section 80C. It allows individuals to reduce up to Rs 1.5 lacs from their taxable income — and save tax in the process.

Wishing you breakthroughs of your own in 2022!