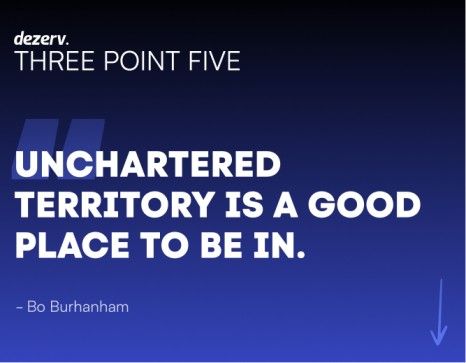 When Christopher Columbus ran into an unexplored land, he was about to unknowingly change the world. Recently, certain unexampled instances drew our attention- the use of crypto in the war, Dubai venturing into tech, and Batman’s variable ticket pricing.

The Ukrainian government has received USD 70 million from more than 90,000 crypto donations worldwide. Although the amount raised through other conventional sources like war bonds might be more substantial, crypto provided the ease and momentum of participation.

Why blockchain during the war?

‍The main reason behind such mass participation is the decentralised nature of blockchain technology. It can not be frozen or censored and does not require authentication.

Even if Russia takes control of Ukrainian banks, the crypto assets remain safe. The issue to solve is the internet connectivity, which has been taken care of by initiatives like Elon Musk’s dedicated satellite internet service Starlink.

But the other side of it

‍- With all the sanctions that the West has imposed to ban Russia from the financial system, the oligarchs in Russia can still use crypto and limit the sanctions’ effect

- Russia has banned crypto and has been developing its own digital rubble, independent of USD, which can then be used for transactions if accepted by other countries

- Despite the ongoing crisis, people, while donating, are getting scammed on blockchain due to lack of safety measures

‍Cryptocurrencies have emerged as a technological double-edged sword during the war. This also calls for the need to come up with uniform global regulations to prevent the misuse of this politically neutral asset.

For example, after Ukraine's request to crypto exchanges to ban Russian users, players like Binance refused to do it and there are no regulators to force it on them. The future of crypto will be determined in critical times like these when the stakeholders might be keen on serving their personal interests and only regulators can police in for what is ethically right.

‍Until the 1980s, Dubai's economy was highly dependent on oil and gold exports. In the 1990s, the city diversified more towards real estate and luxury tourism, but when the 2008 financial crisis hit the real estate in Dubai, the city had to be bailed out by Abu Dhabi.

And the pandemic in 2020, hit the city harder with no tourists and probably a final realisation call for the city to diversify further.

‍- It is offering 100,000 “golden visas,” that allow entrepreneurs and investors to stay in the country for up to 10 years, longer than regular visas

- It has benefited from the cordial relations with Israel, which is also experiencing a tech boom. Companies from Israel are expanding to Dubai for their first regional outpost

- It has set up a national small-business program to help startups find funding, partner with established companies, and market their products overseas

‍Dubai has certainly taken lessons from the past and become a more dynamic and diversified economy. Currently, over 95% of Dubai's GDP is non-oil-based.

Strategies like “Operation 300 Bn” were devised during the pandemic to increase the industrial sector’s contribution to the GDP to AED 300 billion by 2031. And the growth numbers say it too! The country recovered quickly from covid with a growth rate of 6.5% in the first nine months of 2021, which was above the expected 3%.

The Batman successfully claimed the biggest international movie opening of 2022 thus far, making USD 250 million in its first three days globally. This comes at a time when the movie-going market is struggling to return to pre-pandemic levels.

As per the forecasts, all the harm that the pandemic has done, the box office industry will not surpass 2019 levels until 2023.‍

‍Theaters in the past two years have had to rely on a small number of releases that are driving most sales, making it all the more important they capitalize on popular weekends.

Further, Media houses have been releasing the movies simultaneously in theaters and on streaming platforms, provoking outrage among theatres, directors, and actors. This reduces their share of bonuses related to the film's performance at the box office.

‍For other entertainment modes, like concerts, audiences are jumping back to in-person shows due to lack of alternatives. Metaverse is yet to pick up the steam! For cinemas, with the tough competition from streaming services, it might not be as easy to get the viewers to return to theatres.

Hence experimenting with strategies like theatre-only releases might help the industry sustain after two gruesome pandemic years. Investors might want to keep a watch on how innovative the industry can get to keep the revenues going.

Watch our Co-founder, Vaibhav Porwal along with Quantitative expert, Ritvik Dashora, discuss ways on how to create a multi-asset portfolio through Mutual funds. They also share insights on how to pick the right Mutual funds, factors to consider, and strategies to implement.

There you see more new territories around! Happy exploring!