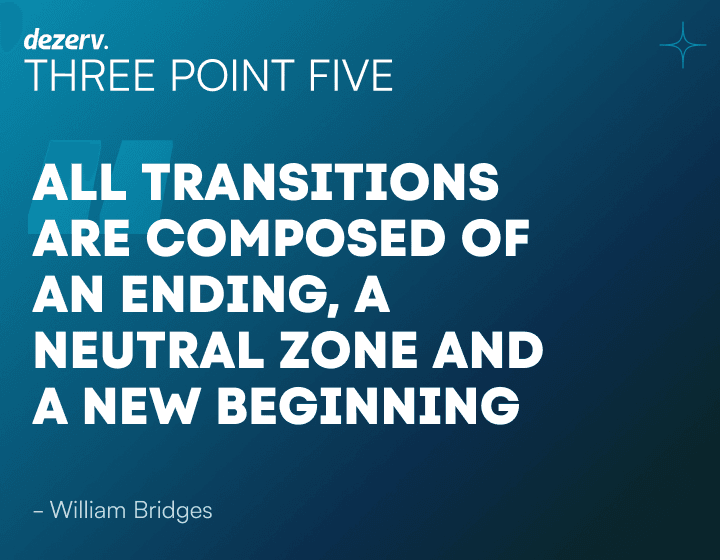 Transitions have played an important role in human history. After all, we all are the end products of evolution by intelligent direction.
This week, we look at some interesting transitions around us, and how they are trying to walk through the bridge between the old and the new.

Lately, Formula One's popularity as a sport is witnessing a steep rise and a lot of credit goes to it's endeavor of launching a digital avatar, the Netflix show "Drive to survive".

Through the series, they try to deliver an authentic portrayal of what it's really like to operate, live and work in the paddock.
‍

‍
As per a latest survey, 50% of the fans indicated they have been following F1 for fewer than 5 years, suggesting growing fan penetration in the key markets.
‍

The "Drive to Survive" boost

‍
- Digital platform increased the fan base, more so by reaching out to millennials and Gen Z

‍
The Netflix series has definitely helped the sport pick up its fan base. Further, the introduction of a new sprint format also gained popularity this year.

The next step to reach a more heterogeneous audience is by increasing the diversity of underrepresented groups — ethnic minorities and women in the game.

Time for some more transitions to win more fans!

As a crucial step towards New Zealand's Smoke-free goal, anyone born after 2008 will not be able to purchase cigarettes or tobacco products in their lifetime.

Also, the level of nicotine in cigarettes available to older people will be reduced and the number of retailers able to sell cigarettes would also be cut substantially.

The government’s smoke-free goal, first introduced in 2011, is to ensure that the national smoking rate is reduced to less than 5% by 2025 — before eventually eliminating smoking altogether.

At present, around 13% of adults smoke nationwide, down from 18% almost a decade ago.

- Vaping devices, which are used by New Zealand teenagers at a rate 2-3 times higher than smoked tobacco, won’t be affected

‍‍While the legislation, seemingly the toughest one ever on tobacco industry, is a much appreciated step, what remains to be seen is how the country unplugs the various loopholes that other governments witnessed before while introducing similar laws.


And once solved, this could become a precedent for other nations to follow.

In the backdrop of the recent regulatory clampdown in China's tech, education, and real estate sectors, investors had to rethink their portfolio strategies.

Many of them are now shifting their investments to the sectors and companies that might fare well with the policy makers.

‍
One caveat, which was discovered the hard way—  is that companies will be punished if they amass too much power or disrupt social harmony.

Due to the recent regulatory measures, MSCI's China index is down 20% in 2021 against a 15% rise in world stocks.

‍
- Since policy makers look to address the urban-rural divide, there might be higher taxes on luxury goods while companies with higher potential in rural markets might do well

- Outlook for big internet names with huge data repository, might be uncertain given the ambiguity on the authority as to if/how the data can be used

- “Common prosperity” will make medical treatment and pharmaceuticals more affordable, while also moving China up the ladder in biotechnology

‍China is a great example on how changing macros and policies can impact the markets even in a short span of time. It should be taken as a lesson by the companies so as to have a foresightedness on their geographical strategy.

Meanwhile, it’s a good idea for the investors to keep an eye on the emerging opportunities due to the transition.

In this exciting episode of Insider Investing, we host Megha Tata, Managing Director of Discovery in India.

Tune into this deep dive into the ever changing entertainment & advertising industry, her early childhood, journey in media, and her mantras for a balanced life.

Megha also discusses the recent innovations with Discovery+, the constant need for experimentation & differentiation, how TV & Digital Media is evolving, and her personal investing journey.

Transitions are exciting! Hope you enjoy yours