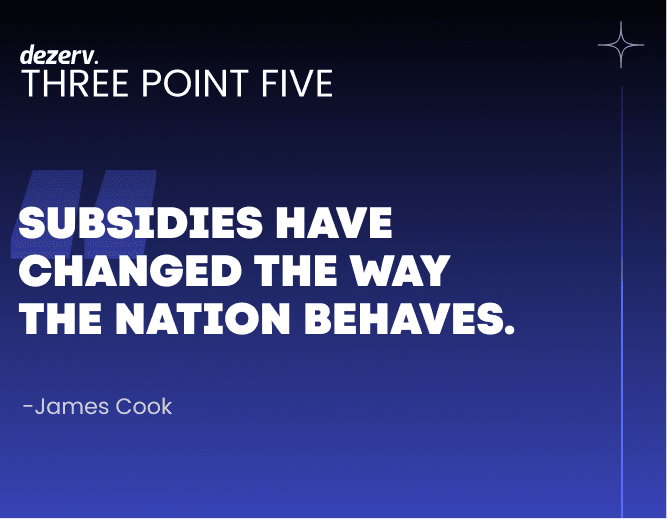 It’s raining subsidies all around the world. Let’s look at how the USA, China & India are faring with it.


Chinese companies enjoy an edge over their peers in the global markets due to the cheaper products that they manufacture and then export around the globe. How are they able to do it? Primarily, because of the government aid that they receive.

The government aid or subsidies take the form of free or low-cost loans; cheap raw materials, energy, land, support for R&D, and technology acquisitions. Since 2001, when China joined the World Trade Organisation, subsidies have annually financed over 20% of the expansion of the country’s manufacturing capacity.

The study published by the center for Strategic and International Studies finds that China’s backing of its companies amounted to at least 1.7% of its GDP.

China’s spending on subsidies, both as a share of GDP and in dollar terms, is significantly higher than that of other economies analysed in the report. By comparison, the U.S. spent 0.4%, while South Korea, the No. 2 spender, devoted 0.7% of its GDP.

How do subsidies help the industries?

China's latest subsidies initiatives have been focusing on innovative industries such as electric vehicles and artificial intelligence and this is negatively impacting the companies in the other countries.

The WTO Agreement, which is currently the only global guideline governing subsidies, does not appropriately address the unfair policies of China. And therefore, countries like Japan, European Union, and the USA have been working on creating international governace of their own.


The USA government has been helping certain industries such as electric cars, solar panels, and technology with subsidies for decades now.

In the big picture, the government supports green energy companies like Tesla, to promote widespread adoption and slash carbon emissions. With subsidies to tech players like Google and Amazon, the government's expectations are directed towards job creation with lucrative salaries for the public.

While giving subsidies to these companies, the government is making use of the taxpayer's money and also taking away from the budget for infrastructure spending, say schools, and roads.

Now the point is how much of it is actually paying back in terms of generating employment or making green energy reach the masses.

But are they really helping?

Companies like Tesla continue to report losses, even after a decade in business. While the investors in the company have been enjoying most of the financial upside of the government support, the taxpayers bear the costs.

An important question is, how to make these companies accountable for the purpose for which they have been provided the government aid. And also to keep time in check, as to when they will become self-sufficient and move away from the subsidies.


Last week, the Finance Minister, Nirmala Sitharaman, announced tax subsidies of Rs. 7-9 on fuel prices. This comes at a time when fuel prices were at record highs due to the ongoing Russia-Ukraine war and the weakening of the Indian rupee.

When viewed in terms of the purchasing power of the domestic currency, due to the falling rupee against dollar, India’s price per litre of petrol is the 3rd highest in the world, whereas, for diesel, it's 8th most costly country.

India’s fuel demand soared by 4% to a 3-year high in March as fuel consumption rose above pre-pandemic levels. But India does not have enough reserves, and new oil fields have not been explored. Hence more than 85% of the fuel is imported. The main oil suppliers for India are Iraq, Saudi Arabia, and the USA.

Although Russia is the 3rd largest producer of oil, many countries banned imports from the country post the sanctions after the war. India managed to get the discounted Russian oil but that was barely 2% of the overall imports.

Breaking down the oil price

The tax subsidy will lead to a revenue loss of Rs. 1 lac crore per year to the government, which it will make up for by borrowing from the markets. And this big a number will certainly have an impact on the government budgets too.

For an immediate action plan, India can import oil from countries like Iran and Venezuela with cheaper prices. And the long term focus should be to reduce the dependence on oil by promoting alternate sources like renewable energy.