Stranger Things Have Not Happened (17 October 2021) 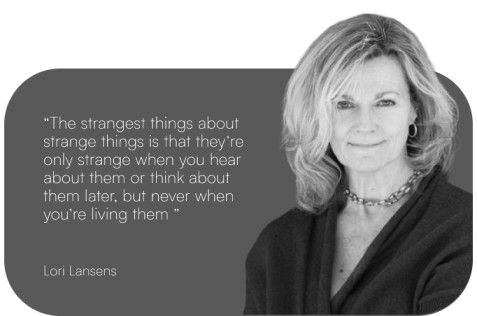 2020 and even 2021 has turned out to be a strange time. Just when we thought we couldn’t be surprised any more, we see crazier stories playing out. This week is about those. But, before you read on, I wanted you to think about what the market cap of Bitcoins is today. The answer? Scroll down.

What do the advisor to Malaysia’s PM, Russian maker of Kalashnikov rifles, and Apple Inc have in common? All three of them were named in the ICIJ investigation – unique in itself with 600 journalists coordinating across the globe — which unveiled documents showing trillions in offshore tax havens.

What’s in the box?

‍Hard to estimate, but even in this time of disclosure, there is anywhere between USD 5.6 — 32 trillion (yes, you read that right) hidden offshore. Just for reference, India’s GDP is estimated at USD 3.05 trillion in 2021.

Players in the game

1. Offshore service firms that set up shell companies to keep the financial activities of their clients in the shadows

2. Rich individuals and corporations who use these havens for money laundering, tax evasion or crimes like terror funding

3. Governments like the US who refuse to join a 110 nations agreement on mandating the banks to disclose foreigners' assets

‍Inequalities in the tax regime across borders gives the global elites the liberty to benefit from the arbitrage. Need of the hour is increased transparency of offshore money flows, including public reporting of tax paid by corporations and the banning of shell companies.

Google's annual customer conference had a pleasant surprise this time. It announced a new suite of features that will focus on reducing greenhouse gas emissions and help users to make more viable choices.

There is a reason!

Research shows 65% of consumers are asking and demanding greater responsibility from companies for driving sustainable action in the future. It has driven big tech like Google pledging to become carbon neutral by 2030.

1. Details on the carbon emissions that a user's cloud usage generates

2. Travelers can learn how big their carbon footprint will be when booking a flight

3. Eco friendly options for shopping especially for appliances and vehicles

4. Will disallow ads next to content on misinformation about climate change

Data is powerful, but when represented well it can be a game changer. These initiatives help users cut their carbon footprint. Simply making them aware will help reduce the damage. It will be important to watch that this does not become gamed itself!

Squid Game, the Korean series, has become the biggest ever Netflix series since its launch last month. The story revolves around a group of 456 people in debt and are desperate to win the survival game to walk away with USD 39 million. A dystopian plot gathering this huge audience is not something seen before.

The show has been viewed by 111 million fans since it hit the screen and also has taken the top spot on Netflix in 94 countries globally. The thrill still continues, its trending up trajectory makes it the fastest growing Netflix series ever.

What makes the show so popular?

1. Audience living through a pandemic might be able to relate much more with the characters whose survival is threatened

2. Younger viewers can draw more in common with the struggle to fight the financial woes

3. It has been filmed in a visually striking way, with easily recognizable outfits and characters

In an interconnected world, language and culture are no longer barriers. This is a time of universal ideas, and when one comes along it takes the world by storm. That it ends up creating value for its owners is but natural. As investors, we need to look beyond our home or familiar markets to participate in ideas that are changing the world.

Strange things happen in financial markets too: be it the Covid shock or the ferocious recovery that followed. At dezerv., we use the unique, Integrated Portfolio ApproachTM, designed by our experts through a scientific model so as to make your portfolio act wisely to these not-so-normal times.

So there you have it. We live in strange times. Speaking of which, the market cap of Bitcoin is now at USD 1 trillion.