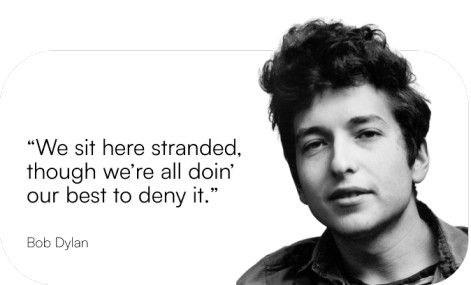 The word stranded always brings visions of idyllic islands with white sand and blue waters around — like a never ending vacation. It’s almost as if we secretly crave for it. But, when we face such times, we seek normalcy. This week, we look at situations where we risk being left high and dry.

Climate change could “be the cause of the next systemic financial crisis,” the Bank for International Settlements stated last year. As nearly 200 countries pledged to contribute to reduce the impact of global warming in COP26, the corporations now need to evaluate their assets and align them with the climate change goals.

Impact on the existing assets

‍The losses could be huge — say due to natural disasters or the accounting rules that force unexpected climate-related-write downs. As per the estimates, at least USD 11.8 trillion worth of assets world-wide were at risk of being rendered redundant.

Investors are already engaging deeply with the corporations and keeping a close eye on the transition to net zero emission targets. What needs to be monitored further is the pace of the transition and how effectively it is done. It will be vital to see how companies are deploying the capital and how efficiently the assets last until their payback periods.

Mainframe languages might be complex and old but given the significant purpose they serve, their relevance in business can not be underestimated. For instance, COBOL, devised in 1959, was one of the firsts in programming languages and is popularly used even today in credit card processing, hospitals, telephone systems, traffic signals, and automotive systems.

As per a survey, 64% of organizations still use mainframe-based applications. And even if they wish to migrate to modern technology, knowledge of legacy systems becomes a must. Almost 30% of all the organizations that started migrating to new tech systems but could not, attributed their failures to poor information about legacy systems in the business.

What are the hurdles?

- Mainframes are complicated languages, many organizations are not able to locate documentation, making it even more difficult to understand the functional aspects
-  As developers with legacy expertise are retiring, and since colleges do not have most of these old languages in their curriculum, there is a crunch of relevant resources
- Companies lack the training programs, wherein these veteran experts can pass on the knowledge to new resources

Investors need to recognize these legacy assets when evaluating businesses. Some of them run critical parts of the underlying business, and therefore are at risk of failure. A business opportunity for Indian IT may be to help manage this transition.

Recently, there have been instances of insurance companies denying claims on frivolous grounds such as engine capacity of bikes in case of accidental death benefits or citing “unnecessary” hospital stay during Covid infection. After bearing the costs of the premiums, such instances leave the claimants feeling helpless.

‍On an average, as many as 15% of health and motor insurance policy claims are rejected by insurers. To look at the incurred claims ratio that indicates the percentage amount of premium paid towards claims: only six private insurers have an incurred claims ratio between 75% and 90% (an ideal range recommended by experts) for FY 19-20.

Insurance penetration in India at just 4.2% of GDP is one of the lowest—life insurance (3.2%) and general insurance (1%). Such low levels of insurance penetration signals a failure at many levels — from the government and regulator to insurers. It's high time to create an action plan, which covers everything right from increasing awareness on getting insured to the insurer's education on understanding and then selecting the right policy and provider.

Do you read terms and conditions of your insurance policies?

Yes, I am well versed with it

Never gave it much thought

If we’re stranded this week, let’s kick back and relax!