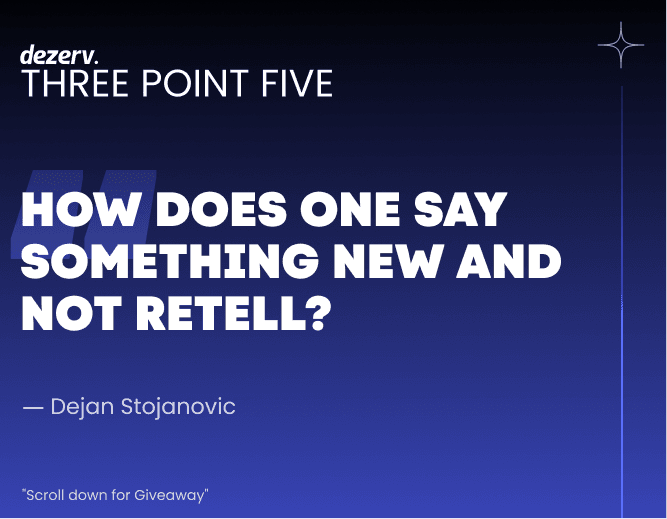 Trying out new things allows our minds to expand and learn. Be it businesses, governments, or regulators, necessity makes them foray into new zones and that's how they evolve.

This week, let's look at the stories where we see the stakeholders venturing into new roads some way or the other. Time will tell where they finally head!

The social media platform Snapchat is growing faster than Facebook and Twitter. Its daily active users (DAUs) grew by 18% in the past year to 332 million. While Facebook (now Meta) saw its first loss in DAUs last quarter, and Twitter’s DAUs grew by 15%.

Let's rewind back to 2011 when Snapchat was founded by three students at Stanford University. The idea was to come up with an intimate social media app. It was different from others like Facebook as the posted photos and videos would disappear after a few hours. And the concept was a big hit with young social media users.

It wasn't a smooth journey!

‍The disappearing content then got copied by Instagram as "Stories" format and yes, Insta did it in a better way. But that was not the only reason for the rough Snap days. Snap's controversial redesign in 2018, which siloed celebrities, influencers, and brands onto the Discover page, away from users’ actual friends drew a lot of flak. A million people signed a petition demanding the update be reversed.

Due to all of it, Snap’s stock tanked a big time in 2018. A tweet from Kylie Jenner  “Does anyone not open Snap anymore? Or is it just me” cost the already-precarious stock USD 1.3 billion in market value. Advertisers and investors were losing faith.

But the platform kept evolving for the better...

‍- For young users, it came up with new offerings: Spectacles, an augmented reality (AR) feature, Bitmoji, an online avatar creator, Zenly, the social map. The “Cartoon” Lens generated a billion impressions within 3 days of its launch

- In 2020, it formed a dedicated channel for the American presidential elections' debates. Politicians actively used the channel to engage with young voters. Also, it created awareness to drive young citizens to register to vote

- It rolled out new features for advertisers wherein people could also buy products directly from the platform and pay through AR technology, hence getting them business on the go

‍In 2018, the CEO, Evan did not roll back the entire redesign because he opined that users will take time to adapt it, which eventually happened too. When things went wrong, Snap refocused on what it does the best: "innovation". While others in the business might copy it later but its urge to create new and fresh features keep the users excited.

A good lesson for the investors here: think long-term and be patient. After all, anything new and original might take time to see the light of the day!

Last week, in Washington, Finance Minister Nirmala Sitharaman reiterated the Union budget's stance of setting up “75 digital banking units" (DBU). Through DBUs, the existing and new services of a bank would be available in a digital format that would be paperless, time-saving, and secured too.

RBI has allowed Commercial banks like HDFC, ICICI that are already into digital banking to set up DBUs in tier 1 to tier 6 cities. The blend of their prior digital and customer service experience will be helpful.

‍For India, demonetisation in 2016 and then the pandemic in 2020 were the main triggers that made it take the digital banking leap. Recently, NBFCs and Neobanks have been ramping up the infrastructure. As per the data, disbursements through the digital mode for banks and NBFCs grew more than 12-fold to Rs 141,821 crore in 2020 from Rs 11,671 crore in 2017.

Talking about Asia, China was the first one in 2015 to come up with digital banking regulations. Over a short period, China’s digital banks now have a roughly 5% of the country’s USD 700 billion unsecured consumer loan market and more than 7% of online SME loans.

In Asia, how have the digital banks done it right?

- Digital banks need to attract a critical mass of customers to be viable. China’s aiBank, for example, attracted 30 million customers in two years

‍Digital banking will definitely promote financial inclusion by reaching out to remotest areas. But one of the key things will be with this changing landscape how do banks reframe the governance parameters and contain the risk measures.

In China, for instance, regulators have introduced additional rules related to risk management, including for systems, data, IT, online micro-lending business, and more. This will be a key parameter for the Indian investors to track when the portfolio companies start taking the DBU route.

Many countries like the USA, or even India have been trying hard to come up with tech regulations so as to prevent giants like Google, Amazon from misusing the users' data and building monopolistic holds. Well, Europe won this race and launched two landmark proposals last week.

How will they work?

‍DMA will block the tech giants from giving their own products preferential treatment. Also, it will prohibit the app stores from mandating the developers to use their payment systems. Hence gripping the monopolistic behavior that brands like Google have displayed in the past.

DSA will ensure that platforms are transparent with the content recommendation. Further, targeting users on the basis of their religion or gender will be banned.

What changes for the users?

‍- They enjoy the right to know the logic behind the content being shared with them, also if they find it objectionable, they can take a legal course of action against the platform

‍Europe has set the right precedent, and other countries might follow it soon. The tech companies would need to ensure that they keep the users enticed with their offerings. Because now onwards (at least in Europe), you will be able to delete Safari from Apple or use an alternative browser to Chrome on Android.

The other challenge for the tech players will be to redo their approach toward user data and change their advertising model. There will be business impact and financial costs on the tech players to comply with the laws. But yes, now we see tech too approaching the "Customer is the king" era!