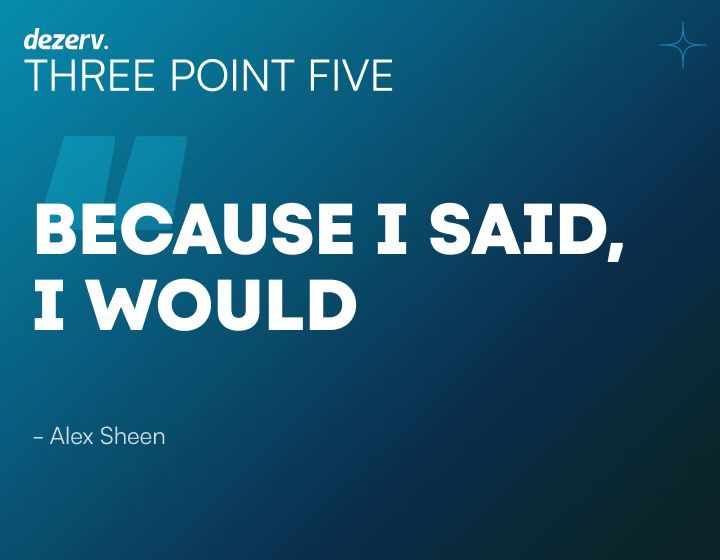 Promises carry with them tremendous importance - they make others depend on you. And commitments become intrinsic in business, with the monetary stakes involved too.

This week we look at different stories: where promises were kept, promises were broken and others where people are still trying to obligate.

Elizabeth Holmes, the former CEO and founder of failed blood testing startup Theranos, was found guilty on four charges of defrauding investors, capping off the stunning downfall of a former tech icon.

Holmes faces up to 20 years in prison as well as a fine of USD 250,000 plus restitution for each count.

‍The entire episode caused USD 9 billion of valuations and USD 1 billion of invested capital to vanish. That too from an impressive list of investors, including Oracle founder Larry Ellison and Walmart's Sam Walton.

This comes at a peak time after the tech world recorded a historic year — USD 330 billion in US venture capital investment was raised in 2021, nearly double the previous year.

‍- Founders have more investment options than VC set up. 77% of US VC deals by market value in 2020 had participation from nontraditional investors like sovereign funds and family offices

- Investors generally accept the risk that most of their bets will fail, and rarely take founders to court, in part to protect their own reputation

‍As founders gain more power, investors may feel the pressure to skimp on due diligence of the portfolio companies. An ideal approach is not to allow the hype of the market to ignore what the supervision is telling you.

In times like these it is very important for the investors to adhere to the right set of quantitative and qualitative frameworks before pouring valuations into these startups. And it’s equally vital to avoid the herd mentality & FOMO.

Apple, the computer company that started in a California garage in 1976, is now worth USD 3 trillion. It became the first publicly traded firm to ever reach the figure last week.

Steve Jobs had always set the bar high for his successor and Tim Cook not only lived up to the expectations but took it to another level. The company’s share price delivered a massive 1200% return during Cook’s tenure.

‍Cook’s record as a builder is unquestionable. During Job’s tenure, he worried that Apple had failed to tame cloud services. Years later, the cloud now acts as a second platform for Apple’s technology ambitions, also supporting the experiences delivered on its gadgets.

Devices like the Apple Watch and AirPods, along with the widening array of services — many of which didn’t exist or were in their infancy when Jobs was alive — Apple recorded combined sales of over USD 100 billion last year, up from USD 42 billion 4 years ago.

‍-Apple has increased its revenue from services like video streaming and music, and reduced its reliance on the iPhone to 52% of total revenue in 2021 from 60% in 2018

-Investors consider it to be a safe bet due to its strong balance sheet and cash flows, which it uses to invest in new products, stock buybacks and pay dividends

-Investor enthusiasm for electric vehicles has also been spilling over into Apple’s stock, on the hopes that the iPhone maker will enter the car industry in the next few years

‍Apple is an excellent example of how after a certain stage of a firm attaining a scale, passing the baton from a founder to a professional CEO helps. These seasoned professional can bring in great value to the table.

The founders may internally groom and build a talent pipeline that supplies high-caliber candidates to fill executive positions. Full marks to Bill Gates on that!

Recent growth in the number of paid subscribers for publications like the New York Times, the FT, and the success of alternative models like the Guardian’s membership scheme, have demonstrated that reader revenues provide an alternative to the digital advertising that most online news media have relied on.

As per UBS, the subscription market will be worth USD 1 trillion by 2025.

The race to acquire subscribers

‍Post Covid, as the print industry struggles with steep declines in advertising and print readership, publishers are adopting different revenue models to monetize upon.

New York Times (NYT) has signed off a record deal to acquire the subscription based online sports website, The Athletic for a sum of USD 550 million. This in addition to other acquisitions in the past will help the company reach its goal of reaching 10 million paid subscribers by 2025.

‍- Metered paywall: The Guardian uses a multi-level subscription model with freemium as main one. Visitors have access to the articles but with the ads. Post subscribing, ads vanish and readers get premium quality news

- Bundling services across multiple publishers: The Washington Post and The Financial Times gave readers of either publication access to the other, free for 90 days

- Access to personalized newsletters, podcasts and Youtube channels: The Economist has used podcasts to interact with visitors and encouraged them to pay for ad-free podcasts too

‍While demand for paid content is rising, the question is how many subscriptions people will regularly pay for in the future. And this fight to gain and retain the share of a reader's wallet might keep subscription rates standardized along with a big focus on delivering good quality content.

In the eighth edition of our podcast Insider Investing, we discuss how investor behaviour differs in India vs abroad, potential biases to avoid, building better investing habits and strategies for long term wealth creation.