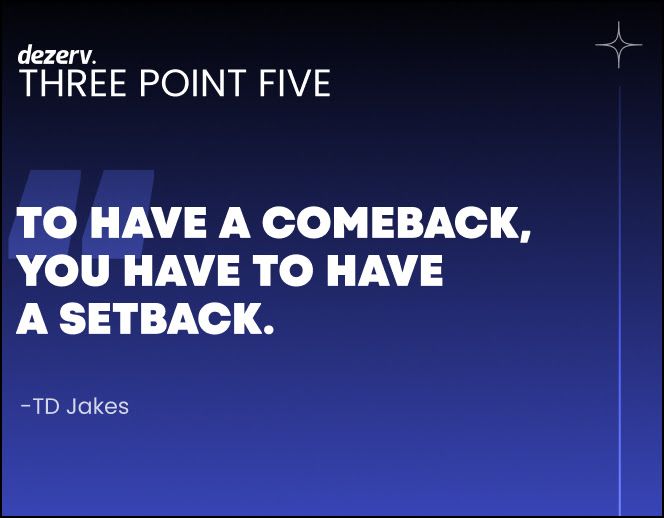 Sometimes, we need to go through the bad times so as to fix them and bounce back stronger.

This week, we talk about the ongoing setbacks and how businesses and investors are approaching them to figure out comebacks.

Russians got their McDonald's back but with a changed name. Three months after McD decided to pull out of Russia, it sold its 850 restaurants to Alexander Govor, a Siberian businessman.

Now, 15 former McDonald’s restaurants in the Russian capital have reopened under a new name “Tasty and that’s it”. Through the rebranding, the intent is to comfort Russians that they can continue to live western lifestyles – even if Big Macs are gone from the menu.

Some such as McDonald's and Starbucks have totally shut down their businesses in Russia. Others like IBM are trying an orderly wind-down in an orderly manner.

Then there are companies like Renault, the French car company that sold its Russian operation to a state-backed group for a lower than fair price but also secured an option to buy the business back in 6 years.

Back in March, many businesses took an abrupt call to exit Russia and later on thought about the consequences of doing so. Some of them are now choosing between shutting down completely or keeping the doors open for a possible return in the future.

If they permanently shut down, they need to find the right buyer who would pay them a fair price and also retain the employees. If they think of returning, they might have to scout for a trusted party who would help them get back once the political environment is appropriate. All about the right choices!

After more than one year of the rising streak, the crypto winters are back. Last time we saw a bear market in crypto was from Jan'18 to Dec'20, when the value of crypto coins was on a falling spree.

Starting in 2021, with the adoption of crypto by many institutions like Tesla, retail investors also jumped in, kicking off a bull market. Consequently, many well-funded crypto startups came up, and also the share prices for the listed crypto players like Coinbase skyrocketed.

The market value of the world’s 500 biggest crypto tokens dropped from $3.2 trillion in Nov'21 to less than $1 trillion last week.

Meanwhile, major crypto exchanges such as Coinbase and Gemini announced hiring freezes and layoffs in early June. Share prices of listed crypto players such as Coinbase have fallen 86% from their 52-week highs.

If winters continue for long, not many cryptocurrencies and crypto players might survive it. To invest in the space, besides keeping in mind the known unknown of the regulatory nod, one needs to do detailed due diligence. For selecting the right cryptocurrency, track the purpose of the coin, its technology, and how strong the community is.

For investing in crypto startups or listed crypto players, analysing the business model might help. Generally, the ones with more focus on institutions as clients might fare the difficult times better than the ones who are retail-centric.

Last week, Netflix announced the sequel season for its hit show, Squid Game. In 2021, about 142 million households watched it, making Squid Game the most-viewed new show in Netflix history. The Korean drama lured the local content preferring Asian subscribers, who until then were mostly served the Hollywood content.

Now, the launch of Squid Game 2 comes at a time when Netflix is reeling under subscriber loss. It reported a net loss of 200,000 subscribers globally, the first time ever since 2011. The bad news was it expects to lose another 2 million subscribers this quarter.

Hence the region could turn into a growth engine for the OTT platform if local series like Squid Game is focused more on.

How did the Squid game help Netflix last year?

While local drama content like Squid game is a prime part of Netflix's strategy to tap into Asian markets, the platform also came up with series in more languages or launched more pocket-friendly mobile versions.

Asian markets will be different from others such as the US markets since pocket shares might be lower but the potential number of subscribers could be higher. It will be interesting to watch how Netflix gets it right here!