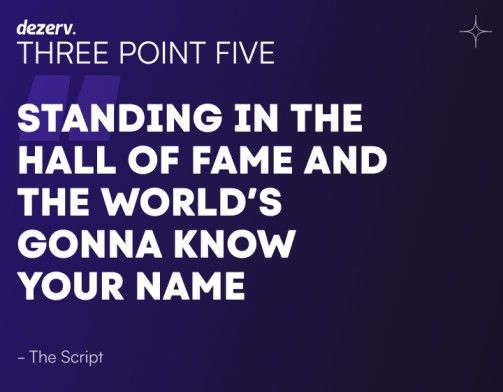 When it comes to attaining fame: coming together is just a beginning, the real drill is keeping it together.

This week, we look at some recent episodes wherein popular cities, media, and investment platforms lost some bit from their wall of glory. Let’s see why it happened!

The popular stock-trading app Robinhood gave a bleak revenue forecast for the first half of 2022 as its latest earnings showed a decline in active users.

Robinhood's current valuation fell to USD 10 billion vs USD 60 billion in Aug '21. On the App store, it used to be at the top but now has fallen to #16 in the finance category alone.
‍

‍As per the data, Robinhood users are unusually active. In Q1'20, they traded 9 times as many shares as E-Trade customers and 40 times as many as Charles Schwab customers.

Robinhood majorly tabbed these traders through meme stocks and cryptocurrency. They entered during the merrier markets and could not bear the recent dips.

‍How did Robinhood create the lure?

- The app directed users’ attention to a small subset of stocks, such as the “Top Movers”, while offering limited information to rely more on intuition and less on critical thinking

- Users have been charmed by one-click trading, easy access to complex investment products, and features emoji-filled phone notifications that made it feel like a game

‍Robinhood recently announced that it plans to come up with retirement products. Probably, the idea now is to get its existing Gen Z and Millennials to stick with the app for their long-term portfolios.

Clearly, the get-rich-quick scheme did not work well either for Robinhood or for its users. A good lesson to learn here is to have farsightedness — be it for a business strategy or investing.

Located south of San Francisco, Silicon valley is home to thousands of tech companies — the densest concentration in the world.

However, lately many tech companies like HP, Uber, Oracle either bid adieu or downsized their operations in San Francisco. As per a survey, companies that said the Bay Area would be their first choice for headquarters dropped from 42% in 2020 to 28% in 2021.‍

‍Last year, California’s population decreased for the first time in history. With the rise of remote work in 2020, over 135,000 more people left California than moved in, resulting in the third largest net migration loss ever recorded for the state.

One recent survey found that two of every three Bay Area workers would leave the area permanently if they could continue to work from home indefinitely.

‍- High taxes make it unfavorable for businesses to operate - of the USD 185 billion of capital gains that California had, USD 18.5 billion was paid as taxes

- High cost of living - a family of four earning up to USD 117,400 is classified as low-income around the Bay Area

- Degrading quality of life due to stark income divide leading to increase in crime rates, global warming leading to wildlife fires, and lack of law & order

‍A not-so-supporting environment deters innovation both for businesses and employees. Hence, it makes sense for tech companies to expand elsewhere, where it is easier to attract employees.

Meanwhile, Democrats last week proposed to increase the taxes in California by USD 12500 per household, not just the rich. Seemingly, there's a good scope for other emerging tech capitals like Texas to use this opportunity and wear the crown.

Joe Rogan, who runs the most popular podcast on Spotify, drew wrath from listeners due to his recent episode where he hosted a virologist, who expressed skepticism on Covid vaccines.

Amidst the entire row, several high-profile artists like Neil Young and Joni Mitchell removed their music from the streaming service. And social media has been abuzz with people vowing to #deleteSpotify.

Not the first time though

Consequences have been as severe as banning Trump from the platforms. Also, several preventive measures such as appointing content moderation agencies have been taken.

- Competitors like Apple Music capitalized on the saga by loudly welcoming the artists who abandoned Spotify with banners like: “Neil Lives Here”

- White House mentioned Spotify's reaction as a positive step, also stating that platforms not only have to identify inaccurate Covid information but also share the right facts‍

‍While Spotify's stock tumbled post the controversy, what will interest the investor is how diligently the company handles the situation. The task is to find the sweet spot between allowing freedom of speech to the creators and ensuring that there is no misinformation spread.

It is a choice between becoming just a media organization or a responsible content platform that the audience and investors can trust.

This week in the Explainer series, we talk about a dilemma many of us face - whether to buy or rent a house.
We discuss the factors to consider before deciding between buying and renting a house, including personal goals, lifestyle preferences, financial stability and most importantly financial discipline.

Frame your fame moments - the little ones too. And then, happy reminiscing!