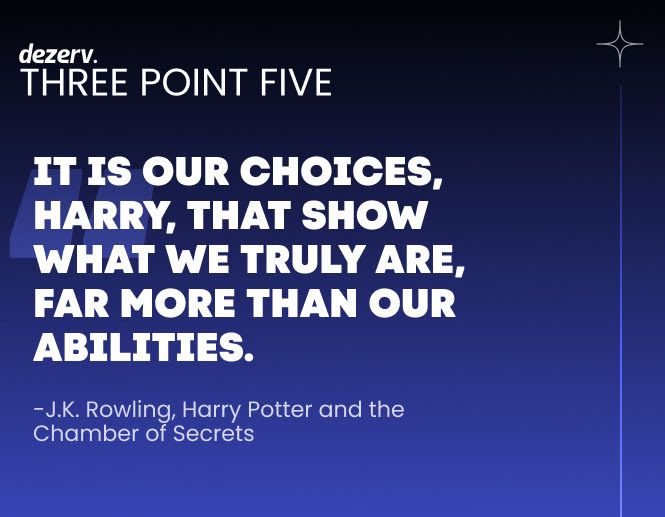 It’s a well-heard phrase: “We make decisions, and those decisions turn around and make us”. This week, with the three stories ahead, let’s see how it pans out in real life when it comes to making the right business choices.

IPL broadcasting media rights 2023-27 auction just got done and it was not only huge but also different this time. How? BCCI has unbundled the media rights into digital and television this year. Until now, a single broadcaster (like Star network last year) owned the rights across both the domains through Star Sports and Hotstar.

Talking about the numbers, Season1 of the IPL in 2008 saw a broadcast price of Rs 13.6 crore per match, for the upcoming 2023 onwards it has grown to Rs.105.5 crore (both TV and digital combined) per match.

On the auction day

Reliance-led Viacom group dropped out of the TV rights after the first auction round and Star ended up taking it over. Reliance however bagged the digital rights for the platform, with Rs 50 crore per match.

While TV was the staple source of entertainment in India, the past few years have seen a rapid pivot toward online streaming. And the country may see 900 million internet users in five years, underscoring the potential of digital rights.

But the points to be noted

Star's loss of 20 million subscribers might be a gain for Reliance, but how the player solves for profitability metrics will be watched. Brands are already struggling with inflation and slow consumer demand and advertising costs are one of the first ones to take a hit during such times.

Also, another point to wonder about is, in a country like India, be it through digital or traditional mode, is cricket content a greenfield opportunity, or has reached the nooks of the streets already?

China's equity public listings, with a 7% rise as compared to the last year, are way ahead of the rest of the world, where the IPO proceeds have fallen by almost 80%.

Globally, for the companies, the challenge is to find buyers in the lackluster markets, which have been down by 20% since the start of the year. The economic conditions are also tough as amidst the ongoing Ukraine war, prices of commodities like oil have spiraled upwards, leading to inflation and also draining money from the equity markets.

The listed markets in China have a different story to tell. The CSI 300 Index rebounded 12% since hitting a two-year low in April on expectations that pro-growth measures will reverse a slowdown in the economy.

China’s latest economic data supports the view that despite the strict covid policy, the country kept its export and manufacturing industries strong. Consequently, it has emerged as a safe haven for global investors during such bear markets.

With global fund managers predicting that a recession in the US is almost certain, China now seems to be an attractive market for investors, due to the divergence of its monetary policies from the Western nations.

Back in 2020, when India banned many prominent Chinese apps citing national security concerns, YouTube made a clever choice. Well, Tiktok was one of the popular short video apps that got prohibited and exactly then YouTube decided to test its Shorts in India.

YouTube Shorts allows users to create videos for up to 1 minute, hence creating competition for Tiktok and Insta reels.

It was certainly a no-brainer for YouTube to enter the space as it is the world's biggest video platform. Within months of launching in India, the service got more than 3.5 billion views daily and hence they expanded Shorts to the U.S. in March 2021.

YouTube shorts is trying to get additional features like special effects for the content creators and also how to advertise and earn revenues. Some bit of journey ahead definitely!

Meanwhile, it will be interesting to watch how the platform creates a clear differentiation between the long format with the short one- both among the creators and the viewers. The other way round could find a sweet spot between the two, But yes, any confusion here might not work in the favour of the platform.