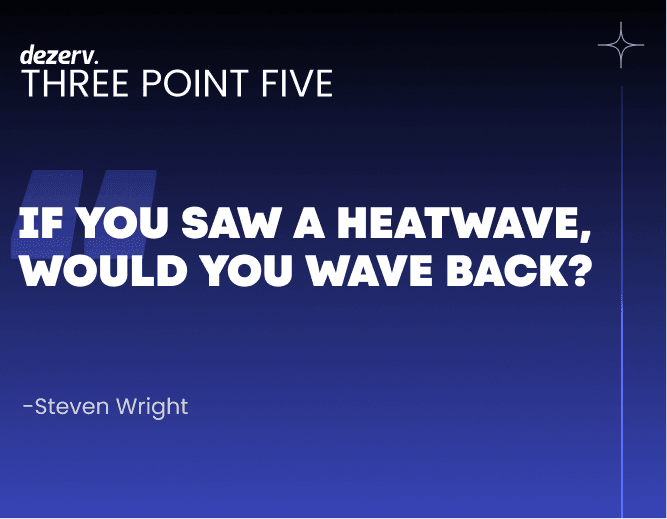 We are currently living through the hottest summers in the past 122 years (because that’s when the Metrological department started tracking the weather data) and maybe more.

Last week, what took our attention was, amidst the heatwaves, how are businesses shaping up, and governments reacting. Read on!

The heatwaves and coal shortage at thermal plants are worsening the power crises in India. As per Electricity Authority, in April, the demand-supply gap was about 3 billion units or 2% of the demand.

How are industries, residential societies, hotels, and hospitals faring with the unreliable and inadequate power supply? Through private generators. And these private generators create the need for doorstep fuel delivery.

The new way to get fuelled

Players like BPCL have come up with their mobile fuelkarts. Others like Indian Oil are tying up with the startups such as Humsafar (and similar 1000 others already!). Until now, the bulk consumers, like industries had to procure the fuel from retail pumps. By the time it reached the destination, it had caused spillages, dead mileage, and was prone to risks.

These app-based mobile petrol pumps, by using equipment and technology, make the entire delivery process efficient. You can simply sign up, fill in the requirements, make the payment, and get your fuel delivered.

Fuel prices have always been a critical issue in India due to its inflation sensitivity. Currently, most of these fuel delivery services serve small-scale industries and are not charging anything additional.

Going ahead, it becomes important for the oil companies to chalk out a supply chain plan along with the delivery startups so as to keep the costs in check. Else any further increase in fuel prices might contribute to already sky-high inflation.

Last week, India announced a ban on wheat exports by private players. Yet another example of tough choices forced by the heatwaves. Henceforth, only the exports with a letter of credit (LCs) issued before May 13th or those with prior government approval will be allowed.

A few months ago, Russia & Ukraine accounted for almost 25% of the wheat exports. But dynamics changed since Russia's invasion of the agricultural powerhouse in Ukraine, which supported 12% of global exports. And now India's wheat ban comes at a time when global wheat prices already soared 40% on supply concerns.

Heatwaves have hit wheat-producing states of Punjab, Uttar Pradesh, and Madhya Pradesh, lowering crop yields by 15-20%. Further, it has impaired human productivity too.

Amidst the global price rises, when private Indian agricultural players were getting into wheat exports, the government feared a supply crunch. And therefore placed the ban. Although India has sufficient food stock, a combination of higher exports, soaring food inflation, and lower crop yields could have caused a shortage.

But a lot gets stuck here!

Just a month back, India sent a delegation to Egypt, Turkey, and others to discuss boosting wheat exports. And now came this knee-jerk pullback when global buyers were banking on India for wheat supplies. Doesn't portray India to be a reliable trading partner!

Next time, it may be a good idea to check internally with the meteorological department and accordingly forecast the agricultural stock before going all out.

A 2020 report highlights that the financial impact of climate risks on Indian companies is estimated at Rs.7140 billion. And the current heatwaves are just one of the many risks and initial phases of climate change.

Now, the companies are drawing their climate risk plans to become net-zero emitters. Companies can look at it from the angle of managing the efficiency of the resources and also planning for the business transition.

With the ongoing heatwaves, it becomes vital for the companies to maintain the efficacy levels of human resources. As per a UN report, the work hours lost to heatwaves in India could sum up to USD 250 billion by 2030, which is 5% of GDP.

Companies can take lessons from countries like France, which have designed plans right from preventive measures to heatwave levels severity. For example, if the current temperature resembles a heatwave level 2, wherever possible the employees could be asked to work from home, or given a break during peak temperatures.

Climate action has a direct correlation with the company’s profitability in the future. Be it through the adoption of clean technology, steps towards decarbonization, or resource efficiency.

How companies are managing the current heatwaves will give the investors a heads up as to how seriously they take climate change. It could be a first step for the investors too to start creating their evaluation framework for net zero emission transmission.

In this episode of Insider Investing, we discuss the top 5 mistakes investors make during stock market corrections. We share how to avoid these common pitfalls & have strategies for long-term investing.