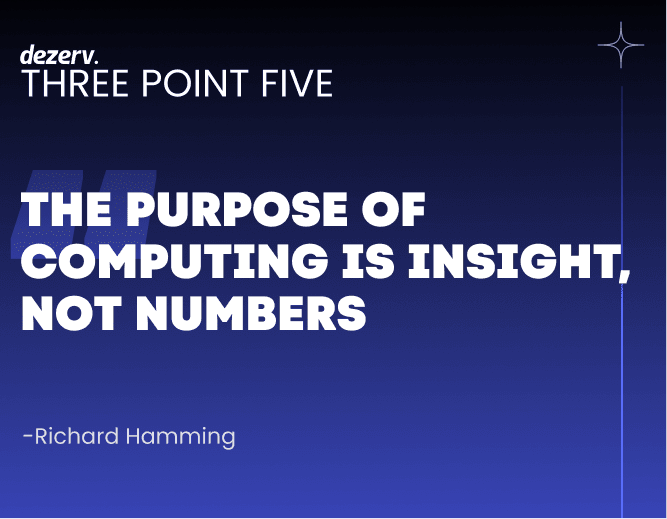 Data is a great future-teller, but only when you draw meaningful interpretations from it. This time, we bring to you three interesting numbers and the stories behind them.

Globally, inflation touched a 40-year high number and a large amount of it is driven by the rising fuel and energy prices. Now, with most of the countries planning to switch from fuel to green energy how will the entire dynamics around inflation change?

As explained by Bill Gates, green inflation is the 'difference in cost between a product that involves emitting carbon and an alternative that doesn’t'. Meaning — phasing out coal, oil, and gas and replacing them with renewable energy will be expensive; rolling out electric vehicles will be expensive.

‍Green technologies need a significant amount of metals and minerals like copper, lithium. For example, electric vehicles use over six times more minerals than their conventional counterparts. An offshore wind plant requires over seven times the amount of copper compared with a gas-fired plant.

But the point is, it takes 5-10 years to develop new mines. And that's how inflationary pressures will build up when supply would lag to meet the demand.

‍- Initially, since the manufacturing volume of green equipment will be low, hence economies of scale will take some time to play and get the costs down

- If central banks, in reaction to current inflationary pressure, increase the interest rates, the cost of financing for green initiatives will shoot up

- Hiring employees with the knack for green talent, who can support the transition will be rare to find and expensive too

‍Now, as investors there are two things to take care of. First, how would the current portfolio companies chalk out a plan to fix their supply chains while migrating towards cleaner energy? And further, will they be capable enough to pass on the increase in prices to the consumers?

Second, until now the focus was to protect the portfolios against inflation by investing in commodities like gold. Now it's time to take into account green inflation too and investing in ESG themes will be a good hedge.

Lately, the US states like New York and Washington signed laws that will require employers to include a salary range in the job postings. Currently, employers are allowed to withhold pay information until the end of the hiring process.

Not just this, these states also have a salary history ban which prohibits the employers from asking the candidates about their current compensation. Talking about India, we don't have any such laws in place yet.

How will it help?

Currently, while hiring, the norm is that the employer does not disclose the compensation and rather decides it majorly on the basis of the last drawn salary of the candidate. The proposed law aims to address the racial and gender biases that sneak in during the entire hiring process.

‍- Critics say that this law might act as an impediment if employers are not flexible with compensation. Especially, while hiring a diverse candidate, they could be outbid by the competitor if the maximum salary stated is too low

‍Every job role directly or indirectly contributes to the business, which could be quantified in monetary terms. And maybe that's a fair way of determining the compensation than anchoring to the past compensation or other factors that subconsciously come into play.

While many organizations promote themselves as diversified employers, pay equality audits might be helpful to gauge if they are on track. The bigger picture is that eventually transparency and fairness will create the right culture for employees to be satisfied and stay associated with the company.

The IT stocks, which were the biggest gainers during the pandemic and witnessed a 50-60% run-up in the prices from April to Sep 2020, now faced the wrath of the investors last week. After the quarterly results were announced, the Nifty IT index was down by odd 7% in last 7 days.

While the demand side seemed stable with the new client deals, the future profit margins were a concern. Not to mention, a lot changed since the pandemic too. Then the cash-rich Indian IT players with their talented employee pool could very well monetise upon the global "going digital" movement.

Why the shrink in profit margin?

‍Now with the increasing interest rates and slow growth projections, the companies are cutting their digital spends, hence shrinking the scope of services for IT players. Further, with onsite visits kicking in, traveling costs are back in the balance sheets.

Also, one of the main reasons has been increased attrition(or voluntary resignations) and therefore the spend on new hirings. Overall, the Indian IT sector witnessed more than 1.2 million resignations over a talent base of 5 million last year. And that's the highest in the 20 years!

‍- With the booming startups and tech being their integral part, the talent war has intensified, especially to acquire the right people with the futuristic skillset

- Because of the pandemic and the flourishing gig economy, the work preferences have changed. Most of the people prefer to work from home or sign up for freelancing models

But additionally, the HRs might also want to rethink the work culture and how to make the employees connect with the firm and stick around. Moreover, investors are also keeping a close watch as we already noticed the knee-jerk reaction recently.

In this episode of Insider Investing, we have a candid conversation with Ragini Das, Co-founder at leap.club. We talk about:

Do give it a watch and let us know how you liked it!