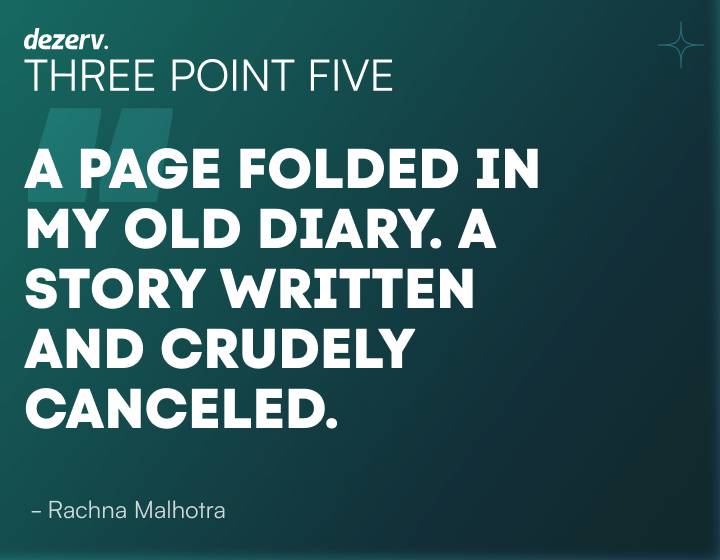 Cancel culture is not limited just to brands and popular celebrities, but extends to our common lives, and our workplaces.

As we strike out 2021, let’s see some cancellations that happened. Read on!

Earlier, brands used to have inordinate power in communicating with consumers. Lately, social media has given the authority and amplification to consumers as well.

They feel encouraged to share their opinions not only within their own networks but directly with the offending company too.

Voice of the customer

‍As per a survey, 72% of Americans feel more empowered than ever before to share their thoughts or opinions about companies.
‍

Further, they see cancelling a brand as a way to not only get attention (69%) for an act, but also change a company's ways (68%).

Reasons why brands were boycotted in the past

- Oreo for promoting an LGBTQ+ lifestyle

- Wells Fargo on its racist comments

‍For the brands, to be canceled is not the end. Rather, this could be a new beginning as to how they take a firm stand on what they believe. And investors have to be in line with it too!

The entire phase needs to be managed very delicately to ensure responsible communication about the brand’s core beliefs and win back the consumers.

Alex McCammond had just been hired as editor-in-chief of an online publication, Teen Vogue in 2019, when a series of racist tweets against Asians she posted back in 2011 resurfaced. Although she deleted them and also issued a public apology - she was still fired.

‍Cancel culture has affected the workplace in several ways. Employees can be canceled if they make offensive comments on social media about the organization.

Even expressing any personal opinions that are not in sync with the organization's beliefs might put them in trouble.

‍- For employees, all of this has emerged as the boundaries between their private and work lives have become more blurred and social media has enabled the employers to monitor their activity closely

- For employers, there have been instances in the past when they are considered accountable for the views expressed by the employees publicly

‍Given the increased scrutiny by the consumers and investors, there are various risks to the financial well being and digital reputation of the organization.

But at the same time, employees are the key stakeholders too and they should feel heard. A right approach would be for the management to educate the employees on drawing the lines between personal and professional expression of ideas publicly.

In the dynamic and competitive times of streaming, many shows don't enjoy the same courtesy nor are given the time to prove their worth.

Data from media analytics firm Ampere Analysis suggests that on an average, a Netflix Original gets just two seasons before being dropped.

‍In 2021 so far, Netflix axed around 25 shows. It drew a lot of viewers' attention on the cancellation of its live-action Cowboy Bebop series just after its first season.

As per a report, Cowboy Bebop debuted well on Netflix. In its first week post-release, the show accumulated some 74 million viewing hours. However, the number dropped by almost 60% soon after.

‍‍- After around 30 episodes, the show becomes too difficult for the new viewers to jump into

- If there are lacklustre views by the critics or audiences, especially on social media

- With the premiums going up each season, as and when the show progresses they become more expensive

‍Like other businesses, even for Netflix, it is about weighing the costs and viewership. And with its global footprint, it makes more sense for the streaming giant to have content which appeals to a more diversified set of audiences.

Hence churning out shows in more numbers might have a higher probability of striking the chord with different sets of viewers than coming up with subsequent seasons of old shows.

Let’s hope 2022 is the year of cancelling out our problems. Team dezerv. wishes you a year of prosperity and smart investing!