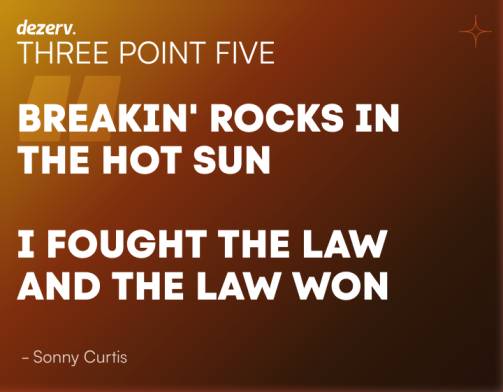 Some laws are discovered and the others are made. However the path to evolution is a never ending one. With the changing societal norms, you always keep on revisiting the precedents to figure out what is most fair to the current civilization.

This week, we look at some interesting stories around the recent legal mandates: celebs in crypto, sports betting and vaccine mandates in the pandemic era.

Celebrity Kim Kardashian and the boxer Floyd Mayweather are being charged with the allegations that they misled investors when promoting a little-known cryptocurrency, EthereumMax to their millions of social media followers during last summer.

The complaint, a class action lawsuit filed in a federal US court, also alleges the backers of EthereumMax used the inrush of cash from Kardashian’s followers to sell a significant amount of the tokens at a profit, pocketing the gains before the price crashed.

‍During the two months of May & June last year, when Mayweather and Kim promoted  the token, value of the company’s EMAX tokens increased by as much as 1,370% after the media marketing blitz.

But then followed a crash to an all-time low and there was no heading up there after. EthereumMax has lost more than 97% of its value since then.

‍- For the crypto holders, mainstream celebrities and executives are the top source of information. As per a survey 60% of respondents turn to these high profile individuals for information on crypto more than half of the time

- For cryptocurrencies, celebrities have become an increasingly important source of validity. In a document released by EthereumMax, the brand listed its celebrity and influencer marketing as a top strength of the token

- For the celebrities, it’s considered easy money. These endorsements are often pushed by talent agents, who will offer deals that include posts by several of their high-profile clients, with price tags ranging from tens of thousands to millions of dollars

‍Many regulators across countries have issued warnings about influencers promoting crypto coins. But currently, the promotion of most crypto assets is only lightly policed, creating the room for misleading investors.

Like in the case of other traditional assets, it should be a question of whether the people who are giving the advice are certified enough or familiar with securities law. It’s also a wake up call for all of us to be sceptical of free advice and investing on borrowed conviction without considering your objectives and risk profile.

The US Supreme Court last week blocked the Biden administration from enforcing a vaccine-or-testing mandate for large employers.

In the ruling, the court said that the Labor Department does not have the federal authority to issue the directive. The justices allowed a narrower mandate for health care workers at facilities receiving federal funds to go ahead.

‍There is no similar precedent, however a close one was back in 1905 during smallpox. A citizen then refused to get a government mandated smallpox vaccine, claiming that the vaccine was dangerous.

The SC ruled against him stating the reasons that there are manifold restraints to which every person is necessarily subject for the good of the majority.

‍- Liberty Vs Common Good: A choice if to empower individuals with medical body autonomy or impose it on them  for the good of the whole society

- Labor Department Vs Regulators: The question was whether Labor department that is responsible for protecting workers’ health and safety will have a say in this, or the decision lies with the states to administer vaccination at the workplace

- White Collar Vs Blue Collar: There was a proposed exemption of vaccination to the white collared employees who can work from home while making vaccination a mandate for blue-collar workers who should venture out to get the job done

‍The verdict reflects in favor of not only federalism but also for individual choice. It is now left to states and employers to decide whether to make their workplaces safe for employees. This has also re-ignited the debate on how much authority the government has over individuals & institutions, and where do we draw the line.

However many employers have already taken a call to make vaccination a compulsion. Probably, they already realise that this shall be closely monitored by the customers and investors, leading to financial implications.

In the US, a Supreme Court decision in 2018 paved the way for legal sports betting, and since then, about half of states have rolled it out in some form or the other.

With New York being the latest one to join in last week, four operators, including FanDuel and DraftKings, went live with mobile sports betting, and five more are set to be approved down the line.

‍As per a survey, 40% of Indian internet users like to gamble. The illegal gambling market in India is worth more than USD 100 billion, growing at a rate of 7% every year. And the majority of it is sports betting.

Drawing perspective from the USA

‍- Employment generation: 750,000 people in America are employed in the gaming industry, with a total representation of almost USD 75 billion in salaries and benefits to skilled labor across domains like tech, marketing, risk analysis etc.

-  Government's revenue: New York has already received USD 200 million in license fees from mobile sports operators and the companies have agreed to pay a 51% tax on gross revenues which can fund public welfare projects

- Boost to viewership: With legal gambling, many sports have benefitted with increase in viewers and leagues like NBA and MLB have also demanded a 1% fee on bets placed on their games

‍Given the huge scope, India has some good lessons to draw from the USA's legal sports betting industry. And there are some caveats to be looked at too-betting can have addiction issues that can make people blow through their bank balances.

Hence if any such laws are introduced, they should include provisions like adequate background checks to screen people so as to make sure they are not betting above their means.

This week in the dezerv. explainer series we discuss the reason you don't need to set financial resolutions in the new year, and instead what you should do instead to fulfill your financial responsibilities.

Here’s wishing for laws with lesser shades of grey!